Thoughts from my recent Beijing trip

This note was first for my paying subscribers but I decided to unlock it for everyone to read. Feel free to forward it to anyone you think might find it interesting.

Today’s issue is a brief note of some of my takeaways, Monday will return to the more familiar format.

US-China — While we have no public idea what if anything happened at Beidaihe, I heard consistently that the key theme of any discussions about US-China relations that may have occurred was whether it made sense to find a way to make concessions to the US without looking weak, or whether the trade pressure is just one piece of a multi-dimensional strategy to “thwart China’s rise”. Before you dismiss the idea that President Trump could be strategic remember that there are some very knowledgeable, “hawkish” and experienced “China hands” working in key parts of the bureaucracy. And even if there is not one the Chinese side will always lean towards embracing the idea of a broader conspiracy and strategy.

I believe that Xi has decided the US is intent on keeping China down, and while there may be some exploratory efforts to see if a palatable deal exists that mitigates some of the worst of the trade tensions for as long as possible, I do not expect the PRC side to make concessions approaching those demanded by the US in May, even if they are now being slightly watered down. Assuming President Trump holds firm, the tariffs and other measures will likely only increase in intensity over the coming months, perhaps until one or both sides have felt enough pain to reconsider.

Outside the trade issues I see little reason for optimism. If Xi and his team have come to believe the real goal of the US is to keep China down across all dimensions then we should expect much more friction and competition. Bloomberg had an interesting story Friday about this shift. I would not be surprised if we spoke to some of the same people:

A common suspicion ran through the conversations -- that the tariffs are just a small part of Trump’s plan to prevent China from overtaking the U.S. as the world’s largest economy. Several people expressed concern that the two nations may be heading into a long struggle for global dominance that recalls the last century’s rivalry between the U.S. and Soviet Union.

“The trade war has prompted thinking in China on whether a new cold war has begun,” said An Gang, a senior research fellow at the Pangoal Institution, an independent research group in Beijing whose experts include former government officials. The dispute, he says, “now has military and strategic implications” -- reflecting concern among some in Beijing that tensions could spill over into Taiwan, the South China Sea and North Korea.

I go further than the Bloomberg reporters in reiterating that I think this shift has already occurred conceptually, and now we should start looking for more concrete actions.

Economy—I did not find anyone who thought it was doing well, and ways to get family and money out remain a popular conversation topic. But since I first went to China in 1989 I do not remember any year where the economy was doing particularly well, though certainly there were years where it was easier to make (and steal) money. I understand that President Trump and some of his top advisors on China believe the PRC economy is in worse shape than it is, and that with enough pressure from the US, the economy and the political system may crack. That certainly is possible, but I do not see it and I hope the policymakers have a Plan B if in fact this is assumption is a significant part of their calculations. Maybe it is just far worse than ever now and I am too jaded, but I am still looking for a credible explanation of how the mechanics of collapse might actually work in this unique political and economic system, especially since the security services are much more hardened, technologically capable and empowered than they were in 2007-8.

Politics—I got no sense from anyone I consider serious that Xi is in any real trouble. There is definitely grumbling, and some now refer to Xi as 圣上 Sheng4shang4, “his majesty”. But there has always been grumbling among the Beijing chattering classes, and it is a far cry from grumbling to a significant challenge. Of all the recent articles discussing the rumored trouble for Xi, some of them quite breathless, I still think the best one has been How to read summer grumbles about China’s swaggering leader - On the Xi side, beside the sea by Economist Beijing bureau chief David Rennie. Rennie, who just left DC after 6 years, wrote:

Xi critics can be correct without posing him any tangible threat. Chinese intellectuals have been transfixed by a coruscating, erudite essay by a Tsinghua University law professor, Xu Zhangrun. The essay, which draws on centuries-old traditions of scholars petitioning the mighty, condemns the Communist leader for his draconian security policies, for eliminating term limits on the presidency, and for reviving Maoist-style propaganda, political campaigns and purges. Mr Xu charges China’s ruler with breaking the bargain underpinning the post-Mao era, that the people will tolerate one-party rule as long as they are left alone to seek prosperity and personal contentment. But its bravery is tinged with something close to snobbery. As masterfully translated by Geremie Barmé, an Australian sinologist, Mr Xu calls urban China “all very comfy and petit-bourgeois”. It is a telling line. Many Chinese reformists of the sort that foreigners meet loathe Mr Xi’s upending of post-Mao norms. But their grumbles are eerily similar to those that can be heard at Washington dinner parties, when academics or veterans of the Bush and Obama White Houses deplore Mr Trump and those voters taken in by him. Those Beltway critics don’t wield much clout.

Again, I may be a bit too jaded (I do worry about this a lot) and conspiracy-minded but I do think it is worth considering if Xi, a student of Chairman Mao, might see opportunity in tolerating some elite grumbling, as it highlights people who need to get more attention, including in the new patriotic campaign for intellectuals that was announced publicly at the end of July in a circular dated June 29, well before Xu Zhangrun’s letter.

For People’s Daily tea leaf readers, Xi’s photo has not appeared on page 1 of the People’s Daily since July 29. In 2017 it was absent from page 1 from August 3 to August 18. Last August 1 was the 90th anniversary of the founding of the PLA so there were some significant celebrations. In 2016 there was no picture of him in the August 1 or August 2 editions. His visual “absence” from the Party paper so far does not seem strange, and he has been in the news chairing a Politburo Standing Committee meeting on August 16, though no videos or photos have been released from the meeting.

As of this issue I have not seen or heard any thing approaching convincing speculation let alone evidence that Xi’s position has been in any way challenged or weakened. I could be wrong but at this point I would caution against buying into the rumors that have been flying around. But if we go another week with no picture of Xi in the People’s Daily then I may have to eat this newsletter…

[Sunday update: Xi has “reappeared”, chairing a meeting on Party Building in the PLA with the Central Military Commission that lasted over parts of three days from August 17-19-习近平：全面加强新时代我军党的领导和党的建设工作 为开创强军事业新局面提供坚强政治保证-新华网; Xi requires strengthening CPC leadership, Party building in military - Xinhua. He looks rested and maybe a little thinner?] 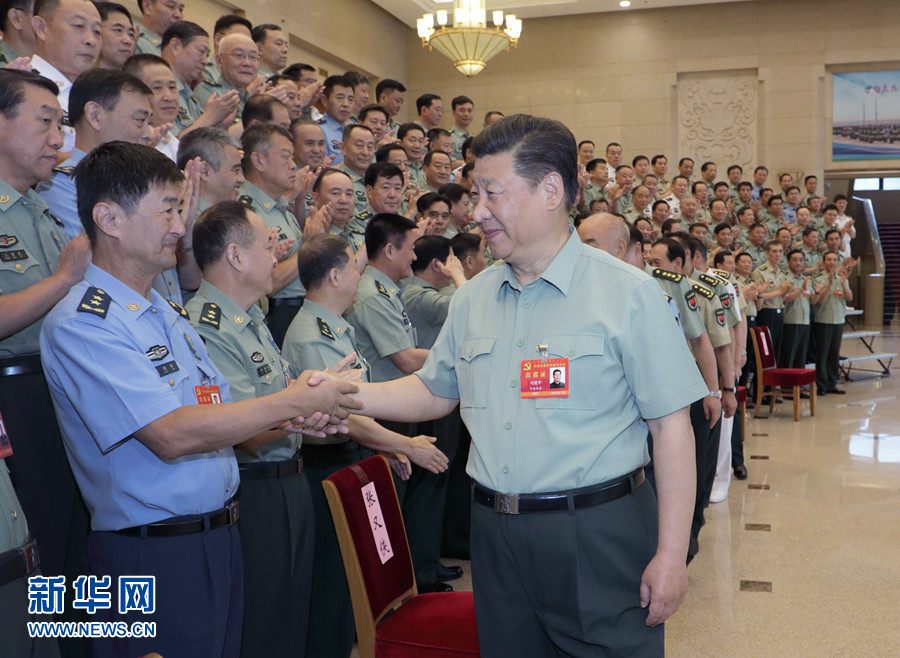 It was considered one of the CIA’s worst failures in decades: Over a two-year period starting in late 2010, Chinese authorities systematically dismantled the agency’s network of agents across the country, executing dozens of suspected U.S. spies. But since then, a question has loomed over the entire debacle.

How were the Chinese able to roll up the network?

Now, nearly eight years later, it appears that the agency botched the communication system it used to interact with its sources, according to five current and former intelligence officials. The CIA had imported the system from its Middle East operations, where the online environment was considerably less hazardous, and apparently underestimated China’s ability to penetrate it…

The former officials also said the real number of CIA assets and those in their orbit executed by China during the two-year period was around 30, though some sources spoke of higher figures. The New York Times, which first reported the story last year, put the number at “more than a dozen.” All the CIA assets detained by Chinese intelligence around this time were eventually killed, the former officials said.

If this account is accurate, it matters not only because it shows shocking negligence but also because US intelligence likely went from having decent visibility into the PRC leadership and its intentions through the latter years of the Hu Jintao period, to probably being nearly blind as Xi Jinping rose to power and into today. This loss of visibility could not have happened during a worse or more dangerous period. And now we understand better the Party’s recent, increased obsession with foreign spies…

My vacation made me realize I need some help with the newsletter to reduce the gaps. I have decided to look for paid interns. If you or anyone know anyone who is highly proficient in Chinese and has reasonable expertise around China’s politics, foreign affairs, economics and finance or tech please get in touch. Thanks for reading, and your patience.